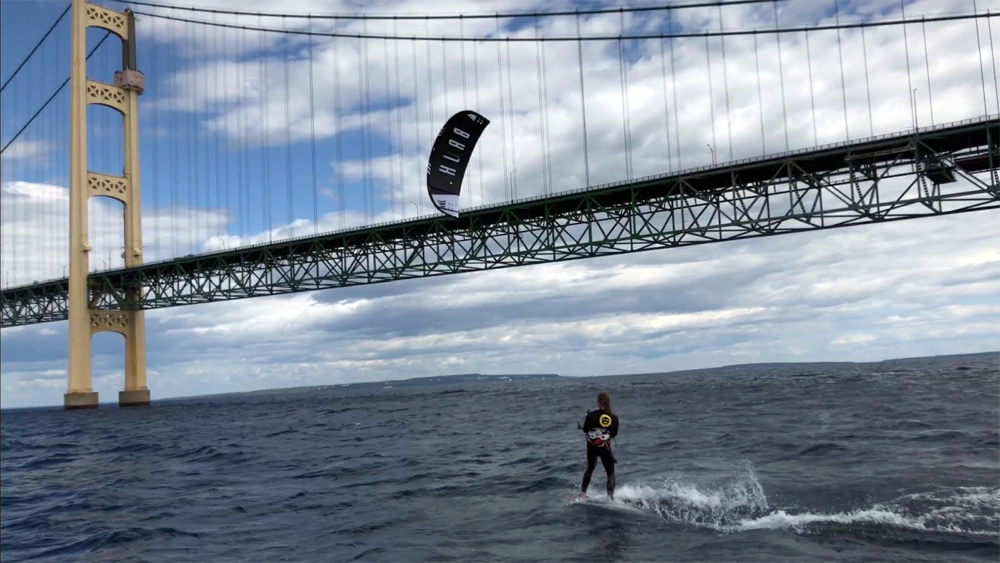 You may know the successful “Pure Michigan” campaign, drawing people to the Mitten state for its water, beaches and overall charm. But have you ever thought of the state or its neighbors as a surf-culture destination?

That is what Daniel Cobb Jr. and his brother, Nicholas, are working on together. Cobb Jr., 22, and Nicholas, 16, are working to launch a new brand for the Midwest they’re calling “Bruh.” The idea is to tell the world that the Midwest and Michigan are a great location for extreme sports – kite surfing in particular.

Cobb, who is launching a new product line and related brand, says he is excited to promote the Midwest as a surf and surf-culture hot spot.

“I think there’s plenty of opportunity in the Midwest,” Cobb said. “When people see me, they don’t expect me to be from Michigan…but that culture can live here as well. It doesn’t need to be just in California or Australia.”

Surf potential
Cobb has also lived in Australia where he kite-surfed from the mainland to an island (about 17 miles) and he has worked as a professional kite surfing instructor.

To put all eyes on the Midwest and its surf potential, the Savannah College of Art and Design graduate recently battled the volatile waves and strong currents of the Straits of Mackinac and kite-surfed from Mackinaw City to Mackinac Island where he landed on the stone shore better known as Windermere Point.

Cobb Jr. is branding himself a surf culture entrepreneur and extreme sports enthusiast. And he’s using his adventurous spirit to launch a line of t-shirts, hats, sweaters, tanks and skateboards. The trademarked merch and other products are sold by his online retail store Bruh to a range of online customers.

The brand is a startup Cobb launched with his brother, Nicholas. The Cobbs eventually plan to open a brick-and-mortar shop and expand to distribution channels through other stores. Production will start this fall on a new Bruh board that is currently in the research-and-development stage.

Link to news article on Corp below:
https://www.corpmagazine.com/interest/entrepreneurs-executives/hey-bruh-two-brothers-working-to-make-michigan-a-great-surfing-destination/

Get notified when we launch our drops and specials!